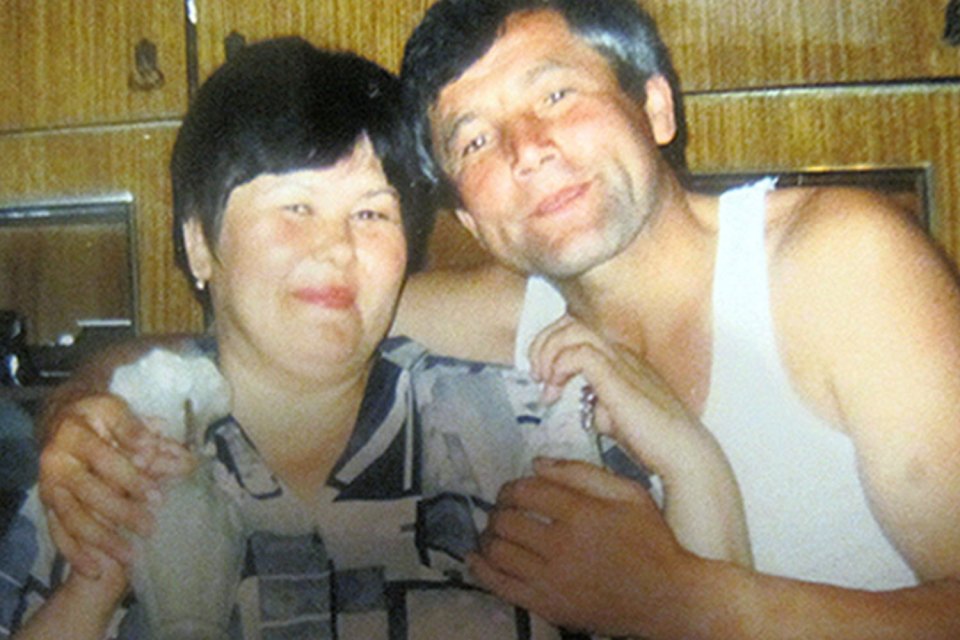 A ‘DEAD’ woman has died of a heart attack from shock after waking up in a COFFIN at her own funeral.

Fagilyu Mukhametzyanov, 49, had been wrongly declared deceased by doctors but kicked the bucket for real after hearing mourners pray for her soul at her own funeral procession in Kazan, Russia.

In 2011, Fagili Mukhametzyanov, 51, opted for an open coffin funeral for his wife who had reportedly ‘died’ of a heart attack after collapsing at home suffering from chest pains, numerous reports at the time claimed.

But when the grief-stricken lover went to say his final goodbye, Fagilyu sprung back to life and began screaming when she realised where she was.

The 49-year-old was rushed back to hospital, where she died for died for real shortly afterwards.

“Her eyes fluttered and we immediately rushed her back to the hospital but she only lived for another 12 minutes in intensive care before she died again, this time for good,” her shocked husband said. 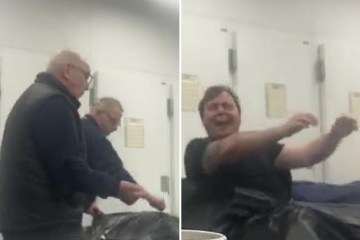 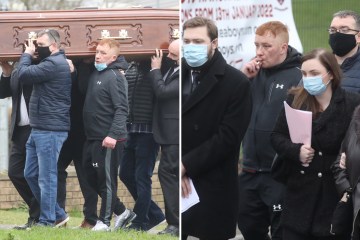 “I am very angry and want answers. She wasn’t dead when they said she was and they could have saved her.”

Hospital spokesman Minsalih Sahapov said an investigation would be carried out into the mystery incident.

It’s not the first time the dead have appeared to be ‘resurrected’ during their final farewells.

In 2020, mourners had the fright of their lives when a corpse they were burying appeared to wave from inside a coffin.


I pay my kids to go away so I can have hour-long sex sessions, says Caprice

The spooky incident was filmed during a burial service in the city of Manado in Indonesia on May 5 and sparked fears the victim may have been buried alive.

The video shows a devastated family gathering round as a priest reads prayers during the service.

But as the camera zooms in on the coffin, the sinister outline of what appears to be a hand can faintly be seen moving under the casket’s glass panel.

To make the incident even spookier, the movement happened at the exact time the priest could be heard saying: “God has said in the book of John: ‘I am the resurrection and the life, whoever believes in me will live even though he is dead.”

But the scientific explanation for this momentary resurrection is rigor mortis: the state the body sets into when we die, which causes muscles to become stiff up until 72 hours after time of death.

Some people didn’t even make it to the funeral before their miraculous resurrection.

In 2018, a woman was found alive inside a mortuary fridge after having mistakenly been pronounced dead by paramedics at the scene of a horror car accident.

At the time, the South African woman, who has not been named, had shown “no form of life” according to the ambulance company Distress Alert, who spoke to TimesLive.

Her ‘dead’ body was sent to Carletonville morgue in the Gauteng province, where it was put into a body bag and onto the cold metal slab.

IT COULD BE YOU

Are YOU the biggest ever EuroMillions winner? Brit yet to claim £184m prize

But when one of the morgue workers checked on her body, he made the chilling discovery that she was still breathing.

The woman was rushed to hospital in east Johannesburg and an investigation was launched into her misdiagnosed death.

Ferrero voluntarily recalls Kinder chocolates due to salmonella risk; no cases in the U.S.

From anti-vax to pro-Putin, how conspiracy theorists are backing Russia’s war in Ukraine