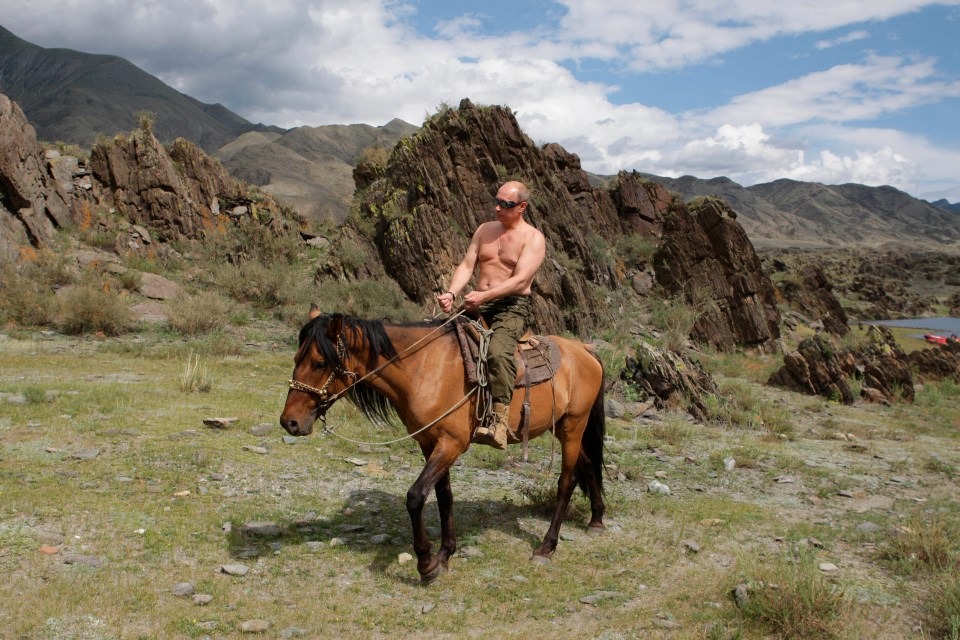 Putin, whose invasion of Ukraine has left countless dead and injured, hit out after Western leaders mocked his eagerness to strip off for stage-managed photoshoots.

Putin hit out after Western leaders mocked his eagerness to strip off for stage-managed photoshoots.[/caption]

Despite his own fondness for vodka, the tyrant, 69, said his critics should lay off the booze so they could have “both a body and a spirit harmoniously developed”.

He added: “I don’t know how they wanted to get undressed, above or below the waist.

“But I think it would be a disgusting sight in any case.”

Putin, who plays in rigged ice hockey matches, went on: “To achieve harmony, you must stop abusing alcohol and other bad habits, do physical exercise and take part in sports”. 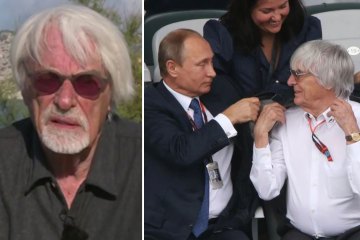 He had seen red when Mr Johnson joked about him during a G7 summit in a sweltering room in Bavaria on Monday.

The PM asked photographers if they wanted the leaders to take their jackets off for snaps, then quipped that they should “show that we’re tougher than Putin.”

Canada’s Justin Trudeau added they should ape him by going on a “bare-chested horseback riding display”.

Mr Johnson chuckled as Putin’s comments were read back to him by The Sun at the Nato summit in Madrid.

But he warned: “Putin should think about the consequences of his barbaric actions, the way his invasion has actually brought the West together, Nato, G7, EU, look at the way people have come together.

“If he wanted less Nato on his borders by getting into Ukraine, which by the way it was never remotely likely that Ukraine was going to join Nato any time in the foreseeable future, everybody knew that, it was completely mythical.

“But instead, what he’s got is Sweden and Finland breaking their historic vows of neutrality because they’re so appalled and repelled by his violence and aggression.

“I think that is an absolutely devastating comment on what he’s done and his behaviour.”

However, Britain’s ambassador to Moscow was summoned to the Kremlin for a formal dressing down.

The Virgin billionaire, invited by the president, said he wanted to find out how businesses could help Ukraine.

After visiting a residential area with a destroyed kindergarten, Sir Richard added: “It is clear these kinds of attacks are not unintended and arbitrary.

“They are part of a deliberate strategy to spread fear and terror among Ukraine’s civilian population.”

Russia’s merciless assault continued on Lysychansk — the last city in the eastern Luhansk province under Ukrainian control following the retreat of outgunned troops from Sievierodonetsk.

Passengers offered £8,200 to fly the next day – here’s how you could get it

But it was confirmed that Putin had lost his 57th colonel since the start of the invasion in February when paratrooper commander Lt Col Pavel Kislyakov, 40, was buried in Moscow.

No details have been given about where in Ukraine he was killed.

As Biden heads to Europe, the mood on Ukraine is grimmer

BP profits highest in 14 years, raking in $8.5B amid gas pump pinch