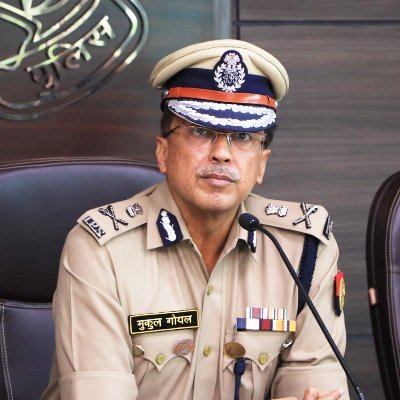 The Director-General of Police (DGP) Mukul Goel has been removed from his post. The state government in a statement said that he was not taking interest in work and was disobeying orders.

Notably, for now, the Additional Director General of Police Prashant Kumar is handling his position.

According to reports, Chief Minister Yogi Adityanath was unhappy with his performance and last month, he even skipped a key meeting with the Chief Minister on the law and order situation in the state.

For those who don’t know, Mukul Goel took over as the position of the state’s top cop in July 29021. Goes said that he would focus on crime control and ensure that policemen are sensitive and connected to people in the state.

He was a 1987 batch IPS office and had earlier worked as SP/SSP in Almora, Jalaun, Mainpuri, Gorakhpur, Varanasi, Saharanpur, Azamgarh and Meerut districts.

Apart from this, he was also posted in the Indo-Tibetan Border Police and the National Disaster Response Force.

For now, the Additional Director General of Police Prashant Kumar is handling his position.