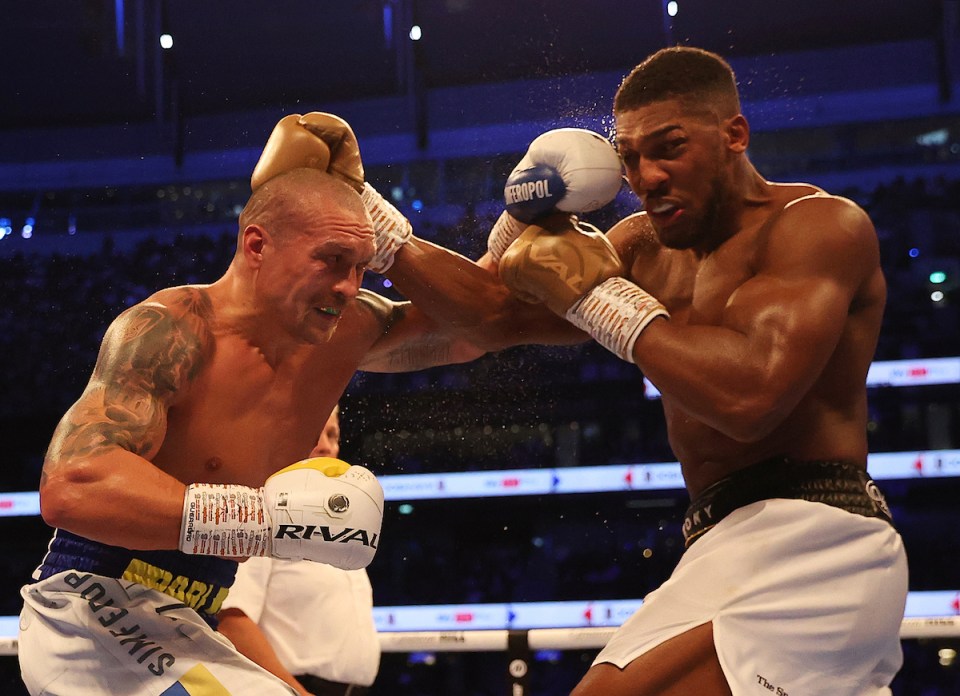 ‘The loss has made him better’ – Anthony Joshua’s stablemate, Frazer Clarke, believes AJ has made good adjustments ahead of Oleksandr Usyk rematch

After Anthony Joshua was masterfully out-boxed by Oleksandr Usyk in September last year, the two-time heavyweight world champion was widely criticised for his performance.

AJ played to the strengths of Usyk by trying to have a technical boxing match with one of the best technical fighters in the sport today.

The pair are set to meet in a rematch and Joshua has made it clear that he will be changing his approach and going for the knockout.

One of the biggest changes he has made is swapping out his long-time trainer, Rob McCracken, for Angel Fernandez.

Also trained by Fernandez is the Tokyo 2020 super-heavyweight bronze medallist, Frazer Clarke, who believes Joshua will be in a better position when he meets Usyk in the rematch.

“I think the loss has made him better,” Clarke told Sky Sports News. “He’s opened his eyes a bit. It’s made him mentally better. I think he knows what he needs to do.

“I think he’s changed his situation, which he thinks will help him. He’s got a team of people that are dedicated for one thing, and that’s ‘AJ’ getting the result.

“You can’t write Usyk off, he’s an unbelievable fighter. But I’d like to think AJ’s in a place where he can go on and get this win.”

Most read in Boxing

As of yet, the exact location and date for the Usyk vs Joshua rematch has not been announced, but promoter Eddie Hearn insists that an announcement is imminent.

“We have had a number of offers from around the world. We have been working through those and we’re closing in on that option.

“Team Usyk have stressed that that’s the option they would prefer because obviously it’s a lot of money.

“Quite frankly, I think Team Usyk would rather a neutral venue and I don’t blame them for that. So, that’s where we’re at.

Liverpool reaches Champions League final after being rocked by Villarreal

Will be fully fit in 6-8 weeks, says Ajinkya Rahane on hamstring injury

Buttler back to marauding best in the playoffs