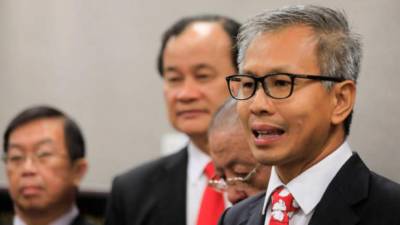 Report: Tony Pua next not to contest GE15?

According to Sin Chew Daily, DAP sources said a leader might make a similar decision as Ong to quit politics temporarily.

After the DAP’s central committee election in March, the source reportedly said the leader had issued a statement to express such a stance.

Another source reportedly told Sin Chew Daily that Pua had expressed his intention not to contest in GE15 even before DAP’s party polls.

Ong announced his decision not to offer himself as a candidate for the next national election and to take a break from politics yesterday.

WTO reaches only partial deal on patents for COVID-19 vaccine

Vatican to get its own street newspaper