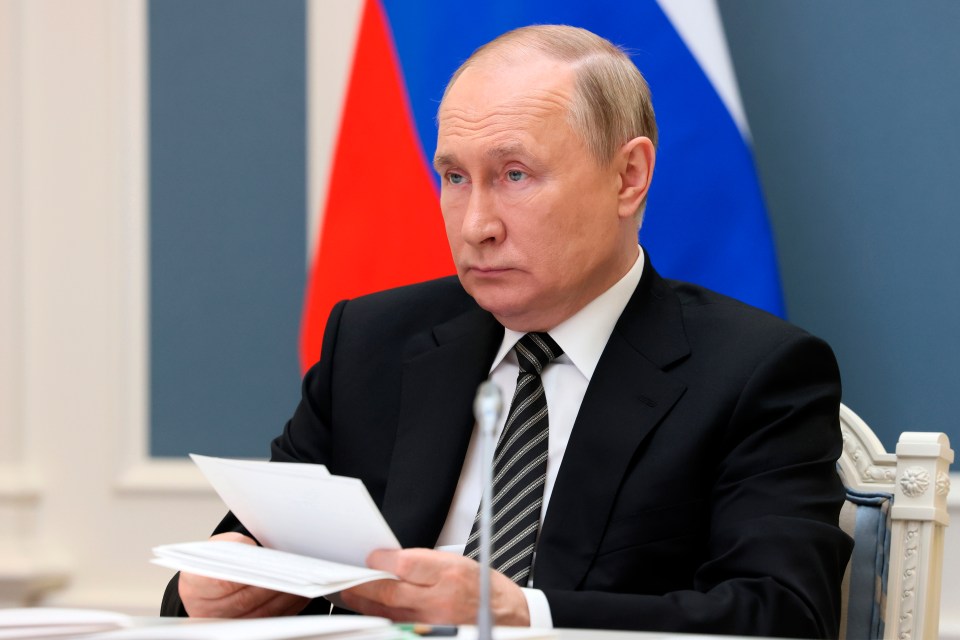 UKRAINIAN officials have claimed that Vladimir Putin is suffering from “grave” illnesses and could die within two years in the latest rumours about Putin’s health.

In another interview with Sky News, the General insisted Putin was in “very bad psychological and physical condition and he is very sick”.

It comes after a top oligarch reportedly claimed Putin is “very ill with blood cancer” in the audio recording obtained by New Lines Magazine.

It isn’t clear exactly what type of cancer Putin may have.

Putin’s health has been subject to huge scrutiny in the wake of the war in Ukraine, and rumours continued to mount in the wake of last month’s military parade when the tyrant was seen with a blanket over his legs. 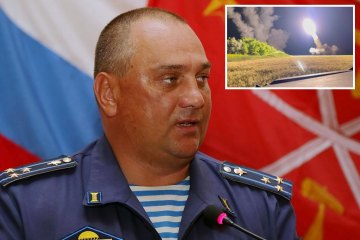 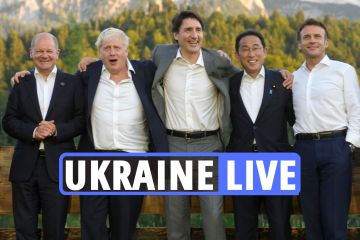 PUTIN ON A SHOW

Bloodthirsty Putin HUMILIATED by Boris’ jokes about ‘flashing his pecs’

There have also been rumours Putin may have Parkinson’s and suffers from “schizophrenic symptoms”, although there is no proof of this.

The rumours, which first appeared on the Telegram channel General SVR also alleged that the Russian president would use body doubles to stand in for him at public appearances.

Claims from anti-Kremlin sources allege that Putin, 69, is due to have cancer surgery “at any moment”.

“I don’t think that sane people can see in this person signs of some kind of illness or ailment,” Lavrov said in an interview with French TV channel TF1.

He maintained that Putin “appears in public every day.”

Meanwhile, a former Nato commander has said Putin is being circled by “hardmen” who want him ousted over his terrible handling of the war amid rumours of a coup.

Sir James Everard, who served as Nato’s Deputy Supreme Allied Commander in Europe, said Putin was “in trouble” and running out to time to stop a coup against him.

Speaking to The Sun Online, the Brit former general, said: “Putin is in a terrible place. It was entirely of his own making.

“There are hardmen in Russia who would have removed him if they had lost Ukraine to Nato and the EU.

“He’s acted and now the whole thing has gone badly wrong and he is vulnerable again and he is in trouble.”

Hong Kong gears up to welcome Xi for handover anniversary

Bed Bath & Beyond’s CEO is out as sales tumble