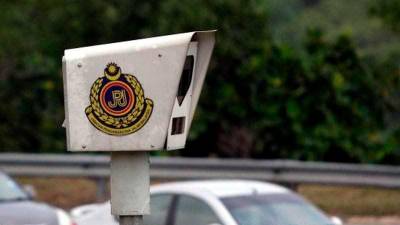 The RTD on its official Facebook page last night said during the period, a total of 4.7 million vehicles were detected and recorded through AwAS cameras on highways nationwide during the seven days the operation was conducted beginning April 29.

The statement added that some 1.5 million vehicles had passed through the AWAS cameras at traffic lights, with 10,355 vehicles recorded to have beaten the red light.

“Offences such as speeding and beating the red light detected through AwAS cameras are among the five major offences during Ops HRA 2022 which will be subject to court action and cannot be compounded.

“If convicted, they can be fined up to RM2,000 under Section 79 of the Road Transport Act 1987,“ according to the statement.

The statement also said road users who were found to have committed both offences (speeding and red light violation) will be given four demerit points under the Demerit Points System for Traffic Offences (KEJARA) for every offence under Subsection 40(1) or subsection 79(2) of the Road Transport Act.

The demerit points can lead to the suspension or revocation of a driver’s license.

A total of 45 AwAS cameras are fully operational involving 29 cameras installed for speeding and 16 cameras for traffic light violations.

JPJ through the statement also called on all road users throughout the country to continue to comply with the regulations to ensure the safety of all, and eventually help reduce road accidents and deaths on the road. — Bernama

Victory for every BN candidate is MCA’s priority: Wee