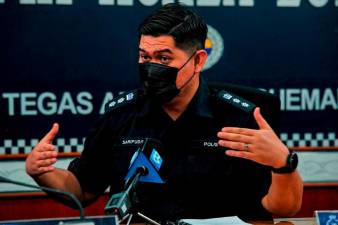 KUALA LUMPUR: Police arrested the driver of a Perodua Myvi car over alleged provocation and obstructing other drivers on the road.

The incident involving the white Perodua Myvi car had gone viral on social media when a 27-second video on the incident was uploaded via the Inforoadblock Facebook page.

“Besides that, police also opened an investigation under Section 42 (1) of the Road Transport Act 1987 for reckless and dangerous driving.

“Police are requesting the victim (dashcam video owner) and (any) witnesses to proceed to the Jalan Tun H.S. Lee Traffic Police Station to assist in investigations,“ he said, adding that the driver has been remanded until May 13.

Migration from Myanmar to Thailand surges amid fighting, COVID concerns