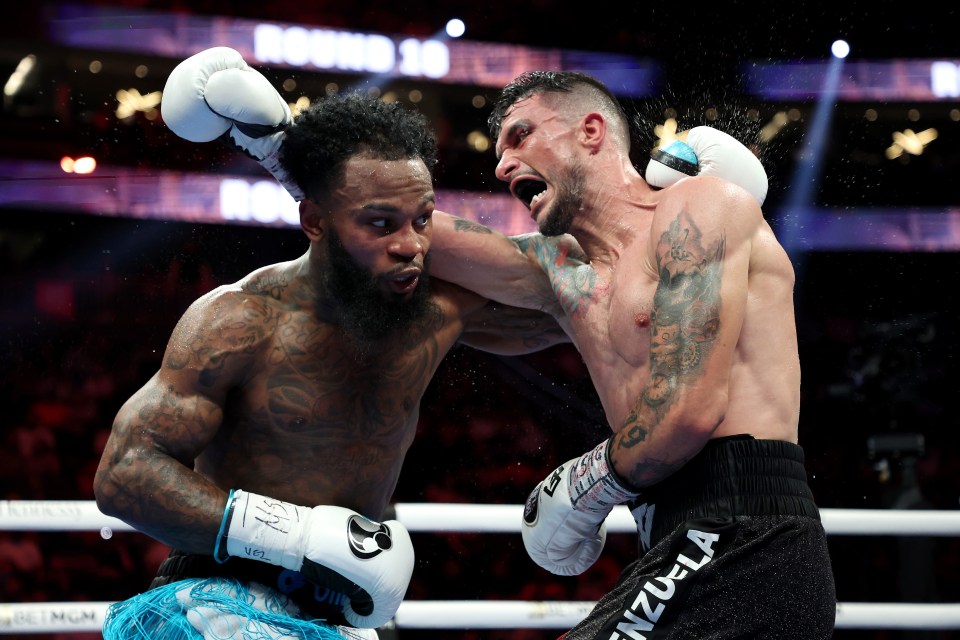 Things started perfectly for the American as he dropped Gollaz in the first round and it looked like a blitz might be on our hands.

However, Love was then dropped in the very next round and Gollaz proved he wasn’t just there for the Love showcase.

The rounds that followed were typical of two fighters who learned what each other could do early and then grew cautious.

Love is a very elusive fighter by style and he seemed to control the bulk of his exchanges with Gollaz, but the Mexican was as game as they come and was a constant danger to Love with his reach advantage.

Love, 27, is at his best when counter-punching and in a contest where he needed to take the assertive, the crowd began booing in round seven and eight as both men failed to meaningfully engage.

Through nine rounds, Gollaz has perhaps crept in front and Love’s corner told the super lightweight to ‘get after that motherf*****’ as they knew their man was either struggling or behind in the fight.

Gollaz simply stayed right in front of Love and kept him on the backfoot without throwing too much first. However, when he did throw, Gollaz’s jabs were a big problem for Love.

Love regained control of the fight to some degree in the closing rounds of the fight, but in the final round, two right hands from Gollaz had Love in trouble and moving around the ring to hold on.

Still, Love was declared the victor and his celebrating was met with a chorus of boos from the crowd in Las Vegas.

Love is now 18-0-1 and Eddie Hearn has talked about matching him up with former champion Regis Prograis next.