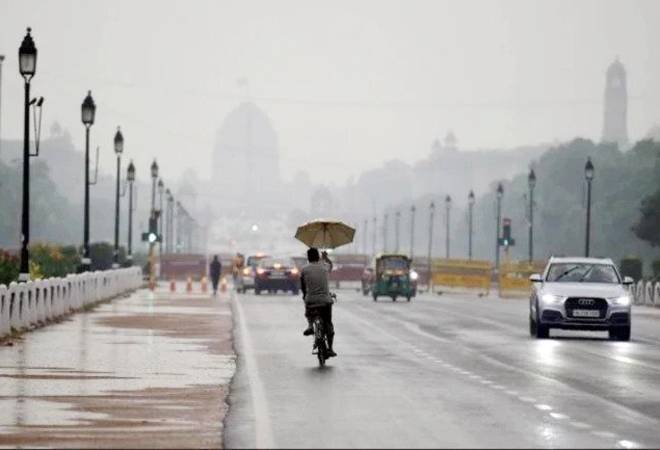 The countdown to the monsoon has started. However, on Saturday, the temperature crossed 40 degrees Celsius. According to the reports, the heatwave will not last long. After the heatwave of Sunday, June 26, 2022, the sky has been seen as cloudy, and rain is expected.

According to the weather forecast reports, heavy rain is expected from Tuesday. Also, rain is expected to increase on June 30 and 31 respectively. The process of drop in temperature will start on Monday. Dense dark clouds will start engulfing the sky of the capital from Monday itself.

The maximum temperature can remain at up to 37 degrees Celsius. On June 29, the temperature could drop to 36 degrees. On the other hand, the rain will increase on June 30 and 31. Winds can be strong. Their speed can be up to 30 to 40 kilometres per hour.

At the same time, the temperature can also drop down to 31 to 34 degrees. On the other hand, according to the reports, there is a possibility of some delay. At present, westerly winds are preventing the progress of the Monsoon. Monsoon normally reaches the capital on June 27. But this time it can knock in the capital by 30 or 31 June.

‘There will be no money in Mumbai if there are no Gujaratis, Rajasthanis’ – Maharashtra Governor’s speech sparks controversy

Citizens dying due to hunger despite our development: SC