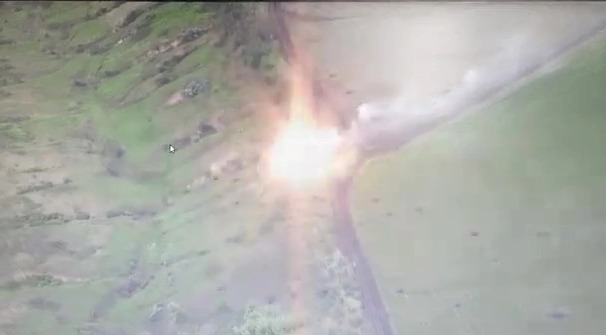 THIS is the shocking moment a Russian artillery gun exploded in a Ukraine missile strike sending shockwaves across the countryside.

The dramatic footage shows the gun being blown to smithereens in the lethal airstrike as Ukraine continues to rain death on Vladimir Putin’s invaders.

The anti-aircraft gun explodes in an enormous fireball[/caption]

In the clip, the anti-aircraft gun erupts into an enormous fireball as huge plumes of smoke pour into the sky.

Shockwaves can be seen rippling across the landscape from the force of the explosion near Izyum in eastern Ukraine.

A Ukrainian soldier shared the footage with the caption: “Russian anti-aircraft guns near Izyum came out to fire on our positions. Something went wrong.”

Hundreds of Russia’s tanks and weapons have been decimated by the fierce Ukrainian troops. 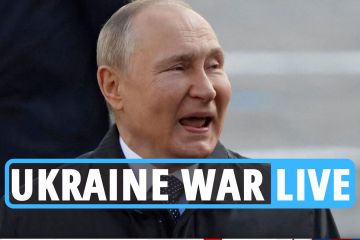 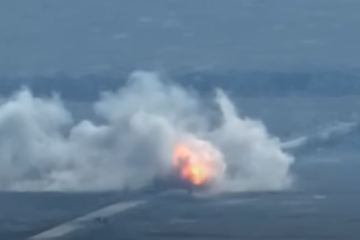 An entire column of tanks was blown up after Ukrainian troops unleashed hell on dozens of Putin’s war machines.

Bombs could be seen raining down on the vehicles one by one as smoke billowed across the fields from the fierce strikes.

One of the bombs appeared to hit two vehicles at once, with pieces of a tank exploding hundreds of feet into the air.

Several of the Russian troops appeared to try and accelerate to escape the relentless attack.

But a tank was seen driving straight into a massive cloud of smoke before it was decimated by a bomb.

One of Russia’s flagship tanks was also destroyed following a strike by Ukrainian forces.

The multi-million-pound Russian T-90M war was reportedly wiped out by a rocket launcher worth just £18,000.

Putin’s T-90M tanks – supposed to be the country’s most advanced war weapon to date – have been deployed to the conflict as part of the new Russian strategy to seize the Donbas region.

After failing to capture Kyiv in the assault, Russia started focusing on the east and south of Ukraine, hoping to take full control of the eastern Donbas region made up of Luhansk and Donetsk.

Russia’s war has killed thousands of civilians and and reduced cities to rubble.

But Moscow has little to show for it beyond a strip of territory in the south and marginal gains in the east.

US Director of National Intelligence Avril Haines said said: “We assess President Putin is preparing for prolonged conflict in Ukraine during which he still intends to achieve goals beyond the Donbas.”

Marcos Jr. sworn in as Philippine leader in resurgence of ex-dictator’s family

Electronic Arts is still the odd one out in gaming