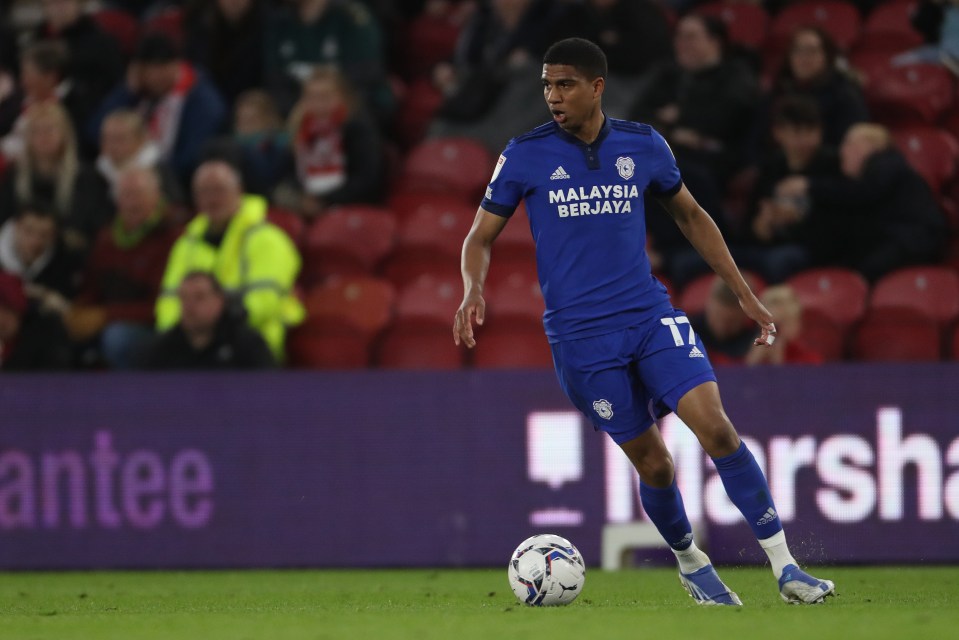 Leeds youngsters Leif Davis and Cody Drameh, who won Cardiff’s Player of the Season award, return to club after loans – but duo are ineligible for relegation battle

After dropping into the relegation zone this weekend, the good news for Leeds is that two of their loanees are returning to the club at a much needed time, with their squad lacking depth.

The bad news, however, is that they will not be eligible to feature in the final three games of the Premier League campaign.

A loan player is only eligible to play for their parent club again if they are recalled in a transfer window, which is not the case for Cody Drameh or Davis, who have both finished their loan spells at Cardiff and Bournemouth, respectively, this week and will return to training at Thorp Arch.

The summer transfer window for the Premier League does not open until June 10, which means they will unable to be registered.

Davis also had a successful season in the second tier, as he won promotion to the Premier League with the Cherries.

Leeds could really have done with both players being eligible for their final three games as they look to avoid relegation, with their defence down to the bare bones.


Leeds put 3,000 Dallas shirts in away section at Arsenal in show of support

Luke Ayling is suspended for the rest of the season after his first-half sending off at Arsenal, whilst Stuart Dallas is out for several months after fracturing his leg against Manchester City.

Marcelo Bielsa was originally reluctant to let the 20-year-old leave the club on loan in January, but Drameh forced through a move as he looked for consistent game time.

As for Davis, his move to Bournemouth was originally with a view to a permanent transfer but that now looks unlikely, and he could feature under Marsch next season.