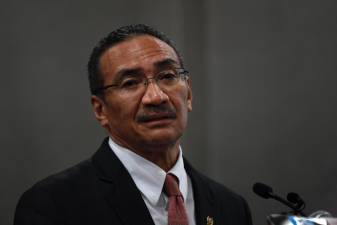 In fact, he said the call was against Pakatan Harapan’s decision to continue the project when the coalition was in power.

“Over 400 vendors are hoping for the project to continue and 90 per cent of them are involved with veterans.

“If he really wants to help the veterans, cancelling the project is not the way to do it,“ he told reporters after opening the Malaysian Armed Forces polyclinic at Kem Penrissen here.

Yesterday, Anwar suggested that the next phase of the LCS project involving RM571 million be stopped.

He said this was because the money would be better spent to alleviate the cost of living and welfare for low-income groups and veterans of the MAF.-Bernama