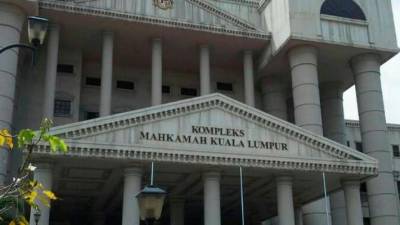 KUALA LUMPUR: The Sessions Court today ordered Faghira Fatini, the daughter of actor Kazaruddin Saisi, to file her statement of defence within a month, against the suit filed by actress Puteri Sarah.

“The court has instructed the defendant (Faghira) to file her defence within one month. If it is necessary to reply, we (plaintiff) will reply, if not, the court will set a hearing date,” the lawyer told reporters when met outside the court after the proceedings.

He said the court has fixed August 23 for further case management.

In addition, Akberdin said the court also upheld the ex-parte injunction interim order in which the defendant was ordered to stop issuing, disseminating and posting any statement or any form of harassment against Puteri Sarah on social media until the trial is completed.

“Counsel on behalf of the defendant did not object to the interim injunction and the court upheld the order,“ he said.

Asked if both parties were likely to settle the suit amicably, Akberdin said the matter has yet to be considered.

“If there is an initiative (to settle amicably) let us see first. ..we are not being arrogant, as long as the offer is logical we will consider it after getting instructions from the client (Puteri Sarah),“ he said.

Meanwhile, counsel Ammar Ghalip representing Faghira or better known as Ira Kazar when contacted confirmed that his party needs to file a statement of defence before or on August 4.

“My client has already entered an appearance last Friday and today the court confirmed the defendant (client) has appointed a lawyer,” Ammar said.

Puteri Sarah, 37, filed the suit last month after she was alleged to have been at the receiving end of a barrage of harassment and threats from Faghira, 27, via social media. – Bernama

Police investigating fight in Perai involving a group of men

Police soon to wrap up investigation into Vietnamese Facebooker