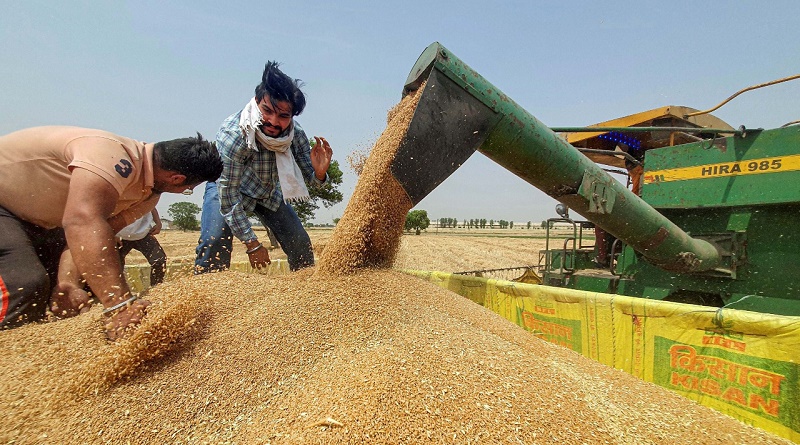 The central government has banned the export of all wheat from the country. The decision comes a day after annual consumer price inflation hit an eight-year high of 7.79 percent in April. In addition, retail food inflation has risen to 8.38 percent.

In a new order, the export of all wheat, including high protein durum and normal soft bread varieties, has been shifted from ‘free’ to ‘prohibited’ category with effect from May 13. The commerce department notification said that from now, only two types of shipments will be allowed.

The first is on the basis of permission granted by the Government of India to other countries to meet their food security needs, and on the basis of requests from their governments.

Second are the exports under transitional arrangements where an irrevocable credit note has been issued on or before the date of this notification, subject to production of such documentary evidence as prescribed.

This figure will be the lowest since the procurement of 11.1 million tonnes in 2007-08. Farmers mostly sell from April to mid-May, although government wheat procurement technically extends until June and the marketing season until the following March.

Moreover, this will be the first time that wheat procured from the new crop (18.5 million tonnes) is less than the public stock at the start of the marketing season (19 million). Fresh purchases have always been higher than the opening balance stock.

There are two main reasons why procurement has dropped to a 15-year low this time around. These are export demand and low production.

The central government has banned the export of all wheat from the country. The decision comes a day after annual consumer price inflation hit an eight-year high of 7.79 percent in April.

International Yoga Day 2022: What did PM Modi say about Guardian Yoga Ring? Here’s what you need to know

Temple in Bihar turns off loudspeakers during azaan in nearby mosque

Congress announces major organisational reforms — ‘one person, one post’ & ‘one family, one ticket’