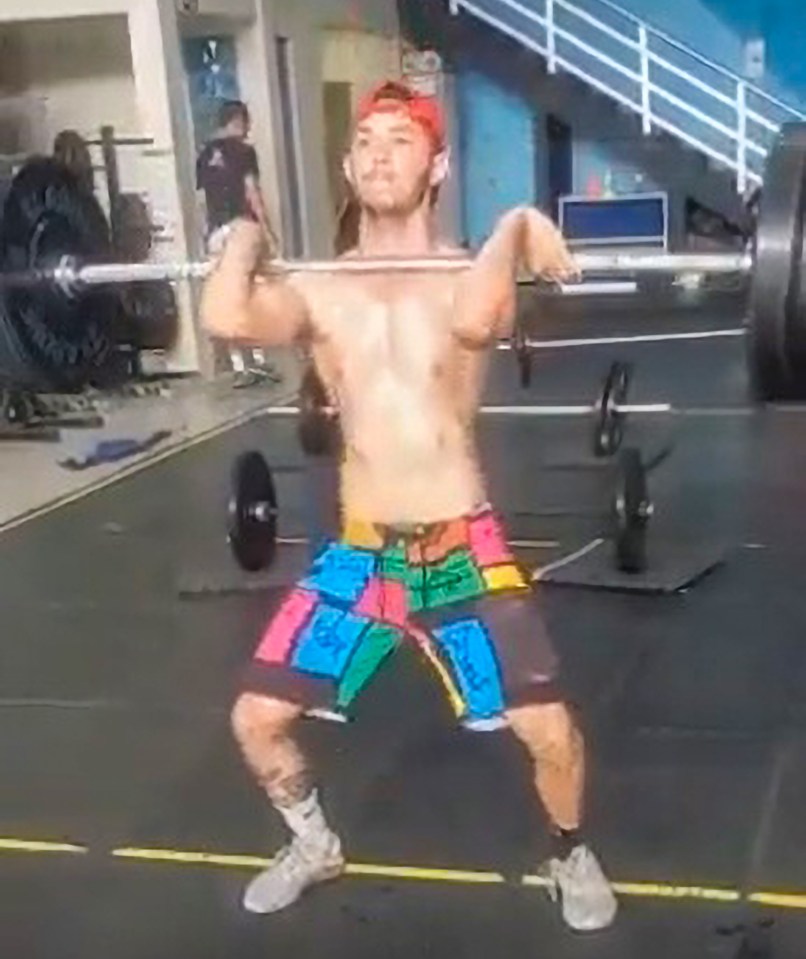 THIS is the horrifying moment a weightlifter was left seriously injured after dropping a heavy barbell on the back of his neck.

Chilling footage showed the young man losing his grip on the weight and collapsing on the floor in agony while training at Box Colosso in Fortaleza, Brazil.

According to local reports, the man now requires surgery after the shocking accident.

The spine-chilling video showed the man lifting the heavy barbell off the floor and successfully bringing it to his chest – but he starts to struggle when he tries to raise it above his head.

He manages to get the weight up – but it overwhelms him and he drops the barbell.

The heavy weight can be seen smashing into the back of his neck with a sickening bounce.

The horror footage ends with the weightlifter lying flat on the floor screaming in pain as he appears to shake violently.

A spokesperson for Box Colosso told local media he is due to undergo surgery.

The man is still recovering in a hospital in Fortaleza, according to reports.

The gym said: “The Box Colosso family, in solidarity with the MCSX student, through this note, wishes strength.


Andrew & Ghislaine were ‘intimate’ & she had ‘run of Buckingham Palace’

“And asks all Crossfit students, alumni, and fans to pray for the health of our athlete, who unfortunately suffered an accident.

“The Colosso family is continuing to support him and do everything possible to help him. We also pray for his recovery.”

Crossfit is a high-intensity sport that involves gymnastics, aerobic exercise, and Olympic weightlifting.

It comes after horrifying footage captured the moment a woman was crushed to death by a 400lb barbell while working out in front of her daughter.

The woman can be seen struggling with a device that appears to be too heavy, and she collapses under its weight onto the bench where the bar crushes her neck, killing her on the spot.

And shocking footage also showed a bodybuilder trapped under a 120kg barbell after it fell on his NECK during a workout.

Captured on CCTV at the Genesis gym in Brisbane, Australia, the astonishing clip shows Jason Layt lifting the huge weight without any assistance.

The 28-year-old, who was attempting to beat his “personal best”, is then pictured losing his grip and is suddenly trapped under the bar which is crushing his throat.

Jan. 6 hearings have become Trump’s third impeachment — and a road map for prosecuting him