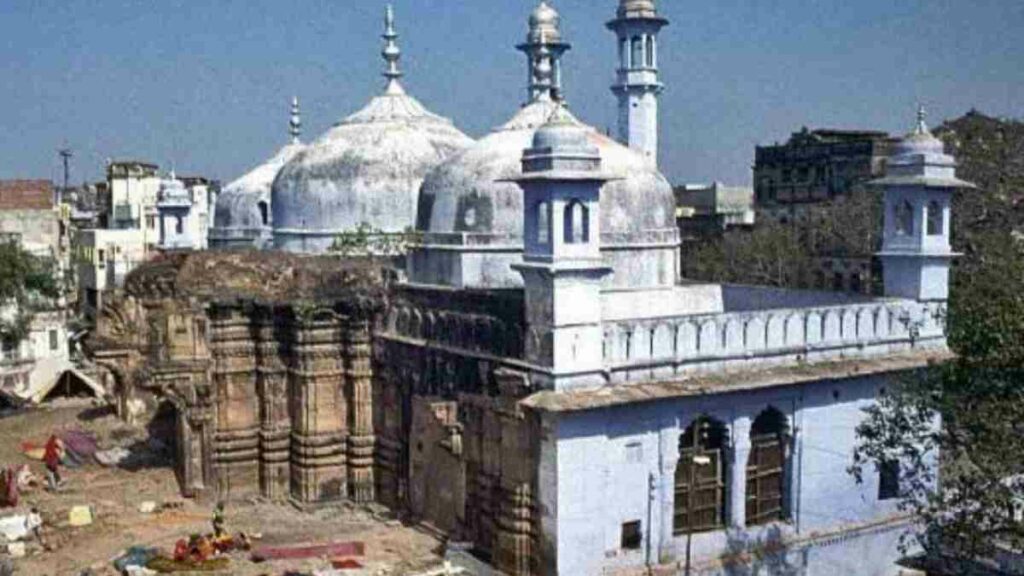 The Uttar Pradesh government has made tight security arrangements for devotees amidst the ongoing Gyanvapi Masjid scenario. The officials stated that the videography survey of the Gyanvapi Masjid complex in Varanasi resumed on Saturday.

At present, the team is surveying the western wall area of the mosque. A total of 52 people have visited the site, including members of both survey teams, petitioners, responders, and administration officers.

All three underground cellars have been surveyed, as of the most recent information. Meanwhile, all routes leading to the Kashi Vishvanath Temple and the Gyanvapi Mosque have been closed, and security has been heightened.

The officials previously stated that an important meeting with all parties involved was held on Friday and that an appeal was conveyed to them to cooperate in the commission’s work and the enforcement of law and order.

The videography survey resumed after the Court declined to immediately stop the survey of Varanasi’s Gyanvapi Mosque on Friday, saying that the matter would be handled later. The Supreme Court accepted to hear a Muslim party’s appeal against the survey of the Gyanvapi premises.

Two more lawyers have been assigned by the district court to assist the advocate commissioner in conducting the survey at the mosque, which is close to the famous Kashi Vishwanath temple.

The two basements are locked, according to the mosque’s management. The court stated that if the keys are not accessible, the locks should be broken in order to conduct the survey. According to the reports, the court has also ordered the district magistrate and police commissioner to supervise the survey and file an FIR if anyone interferes with it.

A group of women had petitioned the local court on May 12 to allow daily worship of Hindu deities whose idols are positioned on the mosque’s outer wall.

The officials stated that the videography survey of the Gyanvapi Masjid complex in Varanasi resumed on Saturday.

4 years service in the army | Why is Rahul and others opposing the Agni Path project?