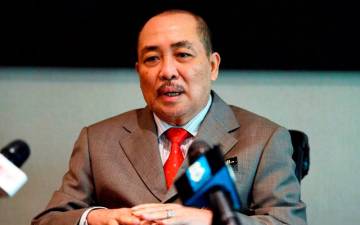 He said the state government was committed to the issuance of land grants to the people of Sabah as it concerned the lives of the people in the state regardless of race, religion or politics.

“The Pantas Programme which has been implemented since 2011 is now being continued by the GRS-BN government, realising the importance of issuing the land grants to the people in the state, specifially natives in the rural areas including the district of Telupid.

“The approach to continue the Pantas Programme is also to ensure the issuance of grants with the status of native title (NT) for NCR land which have been occupied for a long time can be speeded up to overcome the delay via the normal application process prior to this,” he said at a ceremony to hand over land grants in Telupid here today.

Hajiji said the state government wanted the process of issuing land grants to be empowered and intensified further this year.

“Last year (2021), the state government succeeded in surveying 15,511.52 hectares (ha) of land for the natives of Sabah and gazetted 80 areas as Special Village Reserve Land,” he said.

He was confident the plan would be used by the local leaders as a guide in the development of Telupid and able to help spur the progress and development of the district.

When officiating the new Telupid District Council Office building at the same event, Hajiji said he hoped the council would proactively boost revenue and ensured all efforts would be focused on spurring the development of Telupid.

Hajiji also approved an allocation of RM5 million to build a new community hall for the district of Telupid during the ceremony.-Bernama

More than a million people displaced in Myanmar