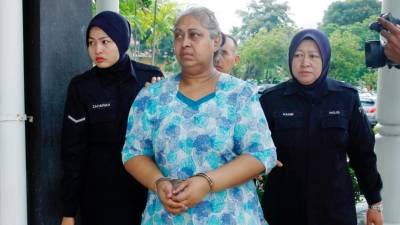 PETALING JAYA: The Federal Court today dismissed the prosecution’s appeal against the acquittal of S Ambika, who was previously charged with the murder of Indonesian maid Adelina Lisao in 2018, Malaysiakini reports.

The High Court initially decided to acquit Ambika on murder charges in April 2019, a decision which the Court of Appeal upheld in September 2020.

Ambika was accused of murdering Lisao at the former’s house in Taman Kota Permai, Bukit Mertajam, Penang on Feb 10, 2018.

Today, a panel of Federal Court judges unanimously ruled against the prosecution’s appeal against the verdict.

Google trying to get around anti-digital oligopoly law

Stuck between the state and neighbors, North Korean local watch chiefs are quitting