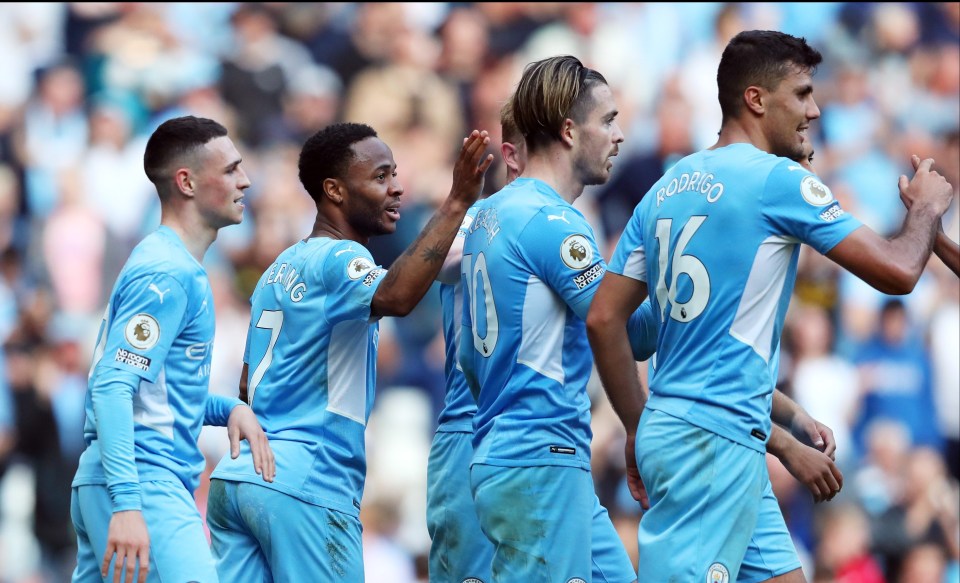 ‘Everyone in this country supports Liverpool’, says Pep Guardiola as Man City tighten grip on Premier League title race – but they’ll be without THREE key defenders for the rest of this season

Not only are Manchester City holding off a fantastic Liverpool side but they’re also defying the will of the people in their Premier League title bid, believes Pep Guardiola.

Following the Reds’ draw at home to Tottenham, City had the chance to go three points clear at the top of the table. They did emphatically as they blitzed Newcastle 5-0 at the Etihad Stadium.

With just three matches left of the league season, Pep Guardiola’s men are in a great position to retain their Premier League crown, which should go as some way to make up for their sickening Champions League exit.

But Guardiola cut a defiant figure after the match, suggesting it’s his side against the rest of the country.

“Everyone in this country supports Liverpool, the media and everyone,” Guardiola told BeIn Sports.

“Of course because Liverpool have an incredible history, we are behind in European competitions, not in Premier Leagues though – they won one in 30 years.

“But it’s not a problem at all. The situation is what it is.”

Asked about whether he truly believes the whole country would prefer to see Liverpool come out on top, Guardiola responded: “Liverpool and Manchester United are the most important teams in terms of history and titles and legacy, dramas for many, many things.


Leeds put 3,000 Dallas shirts in away section at Arsenal in show of support

“But since the last 10/11/12 years we have been there. I know sometimes it’s uncomfortable but I don’t care. If the people want Liverpool to win more than us, it’s not the issue, it’s normal.

“Maybe they have more supporters around the world and here in England but this is not the question.”

It’s widely felt Premier League title no.6 is on its way to City, however, the race is by no means over as they face tough tests at Wolves and West Ham on Wednesday and Sunday respectively.

They’ll also be without three key defenders for the remainder of the run-in with Guardiola confirming that Ruben Dias – who pulled up injured against Newcastle, as well as Kyle Walker and John Stones will play no further part this season.

And Guardiola insists his players will not be letting up.

He added: “We have to get nine points, maybe six, it depends on what’s going to happen in the next two games in terms of goal difference.

“Now Wednesday is the real, real, real, real final for us. We are going to try and go there to win – our destiny is in our hands and that’s important…”

Asked if the title race could go to the wire, he said: “Definitely.”

Trubisky: ‘I’m preparing to be a starter’ for Steelers

Dodgers’ Tyler Anderson DOMINATES on the mound vs. Angels, 4-1