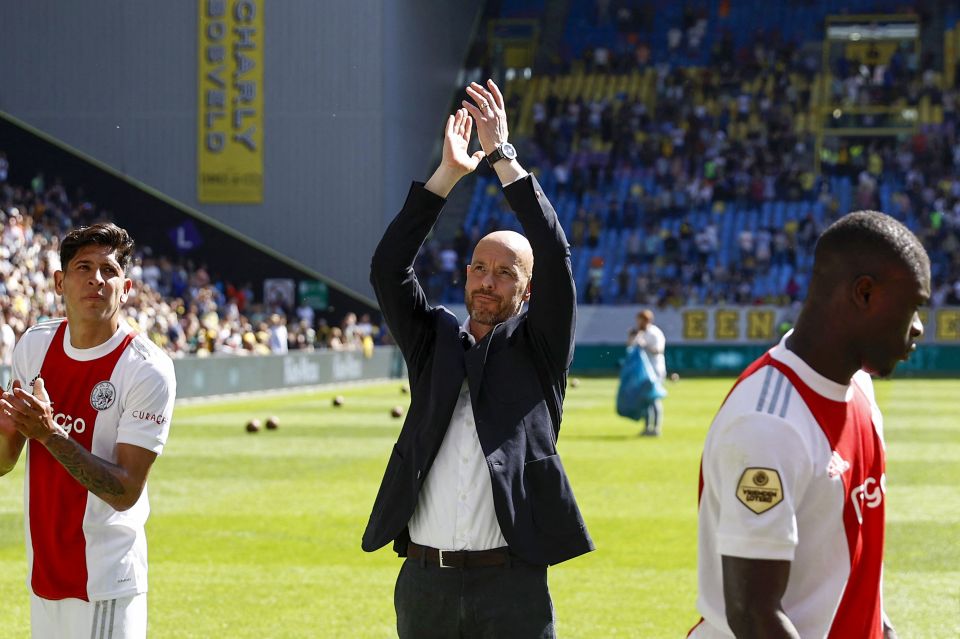 Erik ten Hag will begin work at Manchester United on Monday having chosen to forgo a post-season trip with Ajax.

The Dutchman took charge of his final match in charge of Ajax, who won the Eredivisie earlier in May, as they drew 2-2 with Vitesse.

Ajax’s squad are due to travel to Curucao, an island north of the South America coast, for a friendly against the national side as well as to fulfil sponsorship commitments.

However, Ten Hag won’t be part of that tour having opted to travel to Manchester in order to begin his preparations ahead of next season.

“Tomorrow there will be a party with the staff but I’m not going to Curacao this week,” Ten Hag said on Sunday.

“There is a lot of work that still needs to be done. I think that’s understandable. This applies to every [new] club.

“A number of things still need to be organised with the staff and also with the squad. We will be working intensively on that from tomorrow.”

The 52-year-old also sent a clear message to his new players when asked if he was ready for the ‘sharks’ in the media once he moves to Man United.

Ten Hag is understood to have held several meetings with Man United’s hierarchy as he prepares for his new post.

Ten Hag may be in attendance at Man United’s final Premier League match on May 22 as they travel to Crystal Palace.

Failure to beat Palace could will give West Ham an opportunity to move into sixth and consign Man United to the Europa Conference League next season.

A poster girl for women’s cricket, Mithali showed the path for a generation