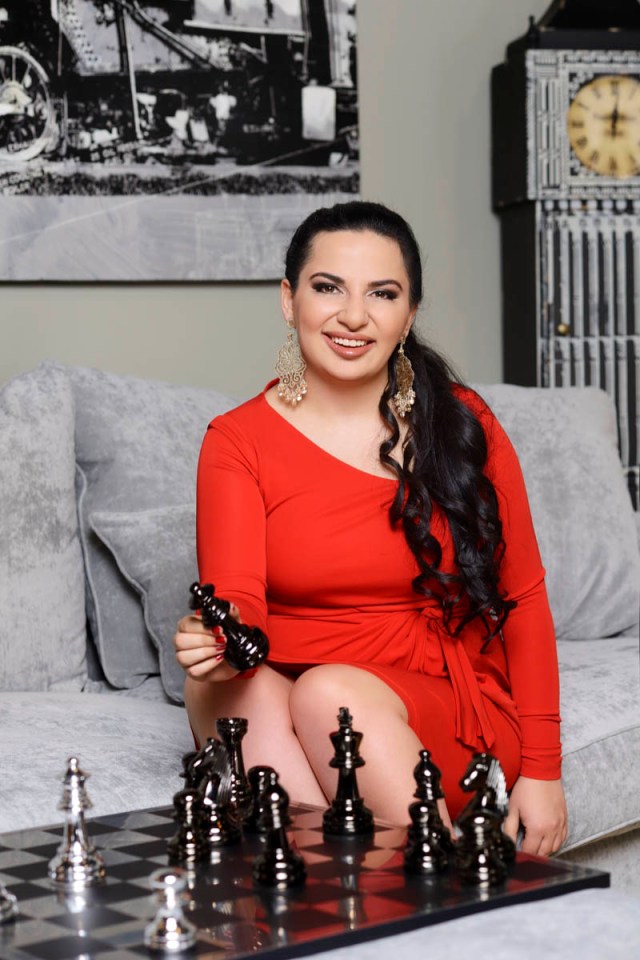 THE FBI has added a Bulgarian woman dubbed the ‘Crypto Queen’ to its infamous 10 most wanted list after she stole billions in the biggest scam EVER.

On the run since 2017, Dr Ruja Ignatova took off with over £10 billion after duping more than a million people into investing in her crypto currency ‘OneCoin’.

The ‘Crypto Queen’ took off with billions in 2017, and has now been added to the FBI’s top 10 most wanted list[/caption]

A $100,000 reward has been put up by the FBI as the bureau steps up its hunt for the world’s most notorious scammer[/caption]

The 42-year-old branded her crypto currency as the replacement for Bitcoin, but flashy sales pitches and promises of quick money turned out to be a massive swindle.

Officials said that it was not backed by any blockchain system – the digital ledger that governs the crypto world – meaning the coin dubbed ‘The Bitcoin Killer’ was actually worthless.

The virtual Ponzi scheme raked in an estimated $13 billion for Ignatova and her co-conspirators – before its creator mysteriously vanished.

Her co-founder Sebastian Greenwood was arrested in 2018, while her brother Konstantin Ignatov pleaded guilty to fraud and money laundering in connection with the scheme in 2019.

Her whereabouts remain unknown, but her brother alleges that she told him she had sourced a “big passport” before her disappearance.

Many believe that Dr Ruja may be hiding in Russia, while others speculate that she is being protected by powerful people in Bulgaria.

However, others allege that the most likely whereabouts of the ‘Crypto Queen’ is Dubai, after OneCoin victims filed a lawsuit against the organisation alleging $500 million is still in bank accounts in the country.

Bitcoin, the king of crypto currencies that Ignatova set out to topple, has crashed in recent months – leading many to lose fortunes in the process.

However, leaked documents from Dubai courts found that Dr Ruja may secretly be one of the virtual currency’s biggest holders.

It is unclear exactly how much Bitcoin the OneCoin creator has, but the legal case in Dubai alleges that she procured approximately €50m of the virtual currency from the son of a wealthy Emirati business tycoon in 2015.

Following the crash of the virtual currency this year, Dr Ruja may have quietly lost millions.

The leaked filed were posted online by a lawyer who crowned the fraudster as “the most successful criminal in history.”

The legendary scam was launched in September 2014, and Ignatova successfully branded OneCoin as a “safe and easy” money-maker despite crypto currencies being relatively new at the time.

Investors were encouraged to recruit friends and family with the promise of bigger payouts, a system that conned people from over 175 countries.

As bitcoin took off, her “mass market” alternative continued to grow with it.

After her success, Dr Ruja went from being a consultant to a celebrity in high demand across the globe.

She addressed adoring fans across the world, and in 2016 walked out to a packed Wembley stadium accompanied by fireworks.

But behind this success, the founder knew it was all a big swindle.

After securing global success, Dr Ruja reportedly got wind the FBI were onto the fact OneCoin’s “price” was a completely made-up figure.

In October 2017, she was due to reveal how investors could start cashing in their coins at an event in Lisbon – but she never showed up.

Dr Ruja has never been seen since, and she now finds herself on the list of the world’s most sought after criminals.

Colombia wants him adopted. But he has a family — and they want him back.

US highlights advantages of nuclear deal, but acknowledges stall with Iran