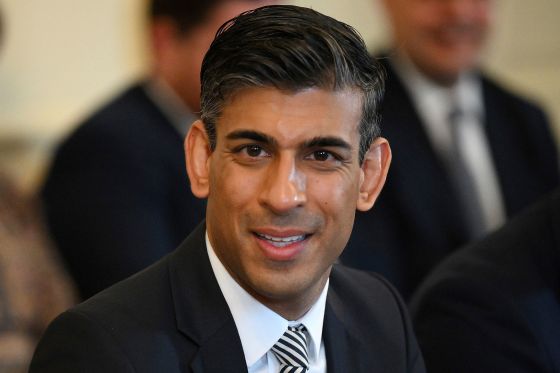 LONDON — British Prime Minister Boris Johnson’s government faced a new crisis Tuesday after two of his most senior Cabinet ministers resigned within minutes of each other.

Treasury chief Rishi Sunak and Health Secretary Sajid Javid quit, saying the government under Johnson’s leadership was no longer competent or “acting in the national interest.”

The apparently coordinated exits came after Johnson was hit by allegations he lied about how he handled claims of sexual misconduct by a lawmaker who was appointed to a senior position.

Both Javid and Sunak are key members of the Cabinet and both are seen as potential successors to Johnson, leaving his position perilous.
[time-brightcove not-tgx=”true”]

A look at who Sunak and Javid are:

In his resignation letter, Sunak told Johnson “it has become clear to me that our approaches are fundamentally too different.”

“The public rightly expect government to be conducted properly, competently and seriously. I recognise this may be my last ministerial job, but I believe these standards are worth fighting for and that is why I am resigning,” he wrote.

Sunak was, until recently, widely regarded as the party’s brightest rising star, the best-known of potential leadership contenders—and the bookies’ favorite to succeed Johnson.

Read more: Boris Johnson Survived a No-Confidence Vote. He May Stick Around a While

Sunak, 42, was thrust into the spotlight when he became treasury chief in 2020, tasked with the unenviable job of steering the economy through its worst economic slump on record because of the pandemic. He dished out billions of pounds in emergency spending to help businesses and workers, and his policies have generally been seen in a positive light.

But “partygate” changed those fortunes. Like Johnson, he was issued a police fine for attending a lockdown-flouting birthday party at Downing Street in June 2020. He has also come under heavy criticism for being slow to respond to Britain’s severe cost-of-living crisis.

Sunak also faced pressure following revelations that his wife, Akshata Murthy, avoided paying U.K. taxes on her overseas income, and that the former investment banker held on to his U.S. green card while serving in government.

Born to Indian parents who moved to the U.K. from East Africa, Sunak attended the exclusive Winchester College private school and studied at Oxford.

Some see his elite education and past work for the investment bank Goldman Sachs and a hedge fund as a deficit because he seems out of touch with ordinary voters.

In his statement, Javid said he could “no longer, in good conscience, continue serving in this government.”

Before that, he served as treasury chief, but resigned in early 2020 after clashing with Johnson over his order to fire his team of advisers.

The fact that Johnson brought him back into the government to handle the coronavirus response reflects his reputation for competence.

Javid, a father of four, was first elected in 2010 and has held various positions in government, including serving as home secretary and leading departments for business, culture and housing.

He ran in the 2019 Conservative leadership election, but was eliminated in the fourth round and lost to Johnson.

The son of Pakistani immigrants, Javid has billed himself as a common-man alternative to his private school-educated rivals—although he had a lucrative career in investment banking before entering politics.

Ukraine LIVE: Putin’s ‘horror’ next phase of war to destroy lives of tens of millions