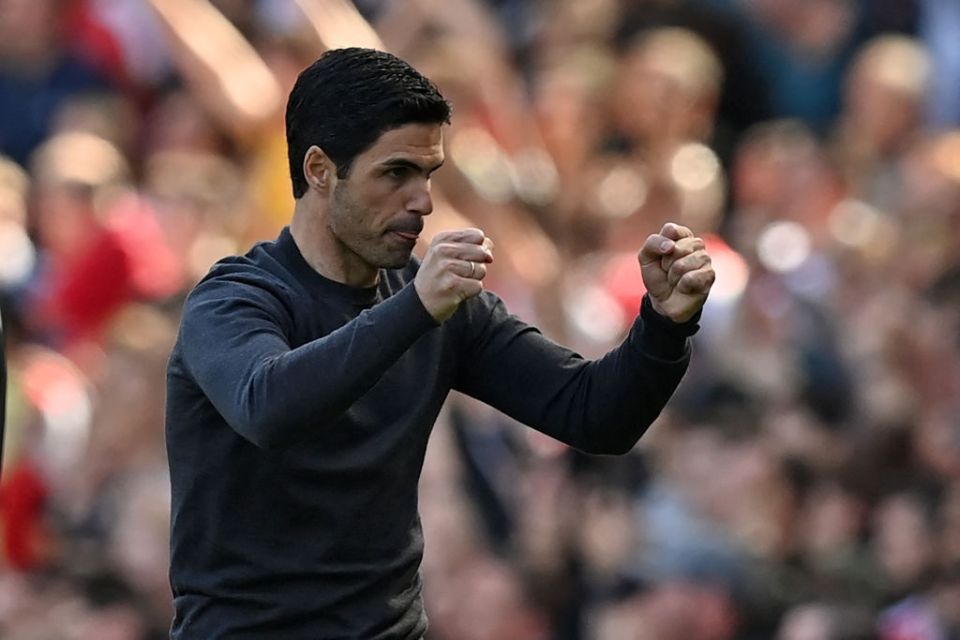 Arsenal vs Tottenham has never been bigger for the Gunners with Champions League, finishing above Spurs, doing the double and a £52.8million windfall in the offing

Mikel Arteta looks on course to achieve his primary objective as Arsenal boss, and standing in their way are Tottenham, who they face in a north London derby where the stakes have rarely been higher.

Arguably ahead of schedule, Arteta has Champions League football in his own hands, but defeat on Thursday will blow the race wide open.

The Gunners’ rivalry with neighbours Tottenham has flipped and flopped throughout the Premier League era, with the two teams now at an impasse before their crunch clash.

Things changed as Wenger’s era wound down to an end. The Mauricio Pochettino effect saw Spurs ride a wave of a five-year streak of finishing ahead of their fiercest rivals, but now things have levelled out, and the timing couldn’t be more perfect.

With just three games to go this season, the two north London sides are separated by just four points, and with Manchester United and West Ham now out of the picture, it’s a straight dogfight between the two sides.

Victory for Arteta’s young Gunners would clinch a return to the Champions League for the first time since 2017, earning a direct path into the group stages.

It would mark the first top four finish for Arsenal since 2015/16 – the same season they last finished above Tottenham.


Arsenal have numerous injury doubts ahead of the north London derby

Things are complicated even further though, with Arsenal unable to win away at Tottenham or do the double over them since 2013/14, long before Spurs even moved into their new state-of-the-art stadium.

The first part of the double has already been achieved this season though, with three goals in the first 34 minutes downing Spurs 3-1 at the Emirates back in September.

Part of their renaissance is due to sweeping changes at the Emirates though, with Arteta backed by £150million in last summer’s transfer window, his recruitment has been almost flawless.

Now though, they have the chance to move up to Europe’s top tier, with an estimated £52.8m the difference between making the Champions League rather than the Europa League.

Doing so with young superstars such as Bukayo Saka and Emile Smith Rowe at the fore could see a win in the derby celebrated more than ever, with a new era beckoned in – at the home of their most loathed adversaries.

The Junior College Team Built by the Pandemic