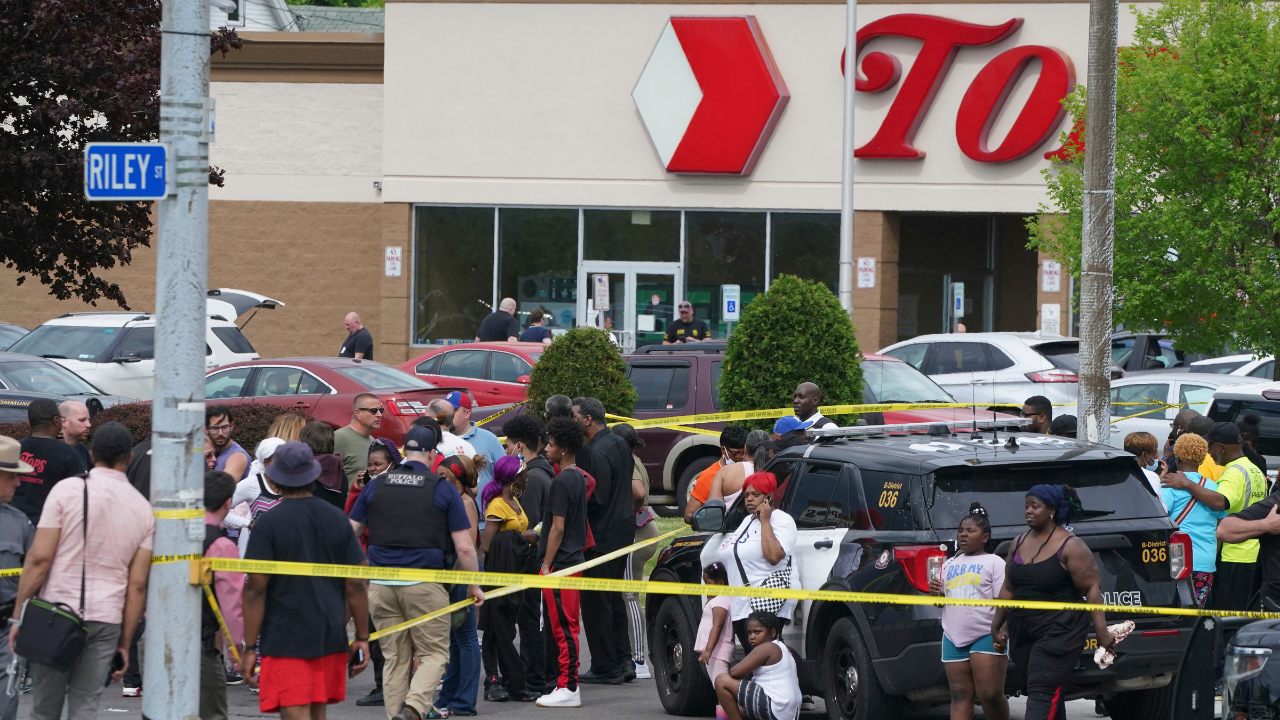 US: At least 10 dead in mass shooting at Buffalo supermarket

A gunman sporting a rifle and body armor opened fire in a supermarket in Buffalo, New York, killing at least 10 people before being taken into custody Saturday afternoon, law enforcement officials said. Details on the number of additional people shot at the Tops Friendly Market and their conditions weren’t immediately available. Eyewitnesses described the suspect as as a white male in his late teens or early twenties .